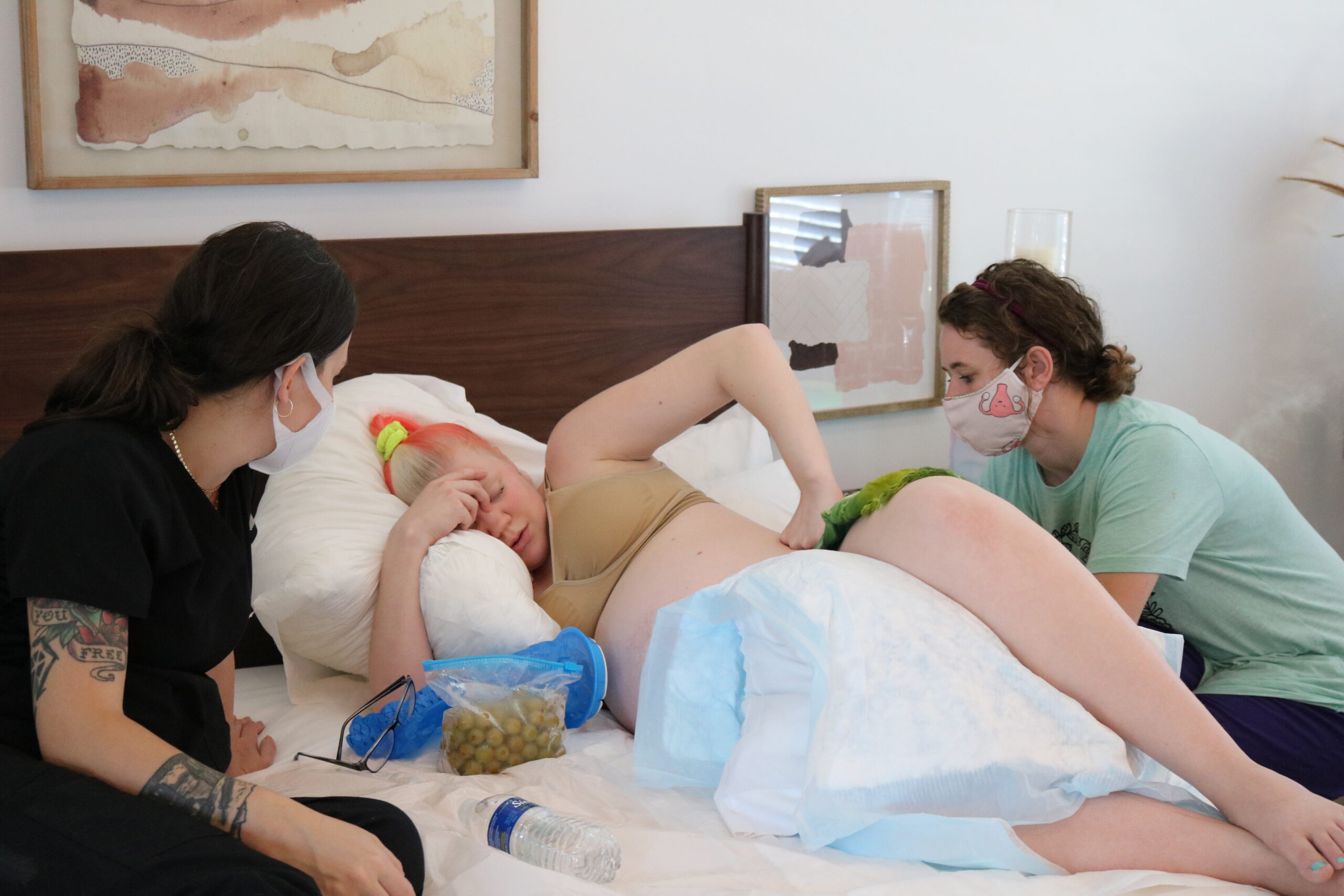 I served at a birth recently at Andrew’s Women’s Hospital at Baylor Scott and white in Fort Worth. I had never served there before so I was ready and open to explore a new birthing location. I left my first birth there feeling a bit shocked at the countless toxic practices going on there. I will be focusing on one in this post and covering the rest later but here is a list of some of the practices that I witnessed:

“I get nervous with VBACs without epidurals”

“Patients have to bring their own, we don’t have any here.”

I walked into the hospital excited to walk alongside my client through a successful birth and hopefully a successful VBAC! She chose the epidural before I arrived, which is completely fine! She was happy with her choice. As I do with every birth I asked the nurse if there was a peanut ball for her to use while she was resting. “Patients have to bring their own, we don’t have any here.” I was surprised. I have served at over a dozen hospitals in 3 different states, including serving at Baylor Dallas, and have never received this response. She then said that it wasn’t sanitary to use the same balls between patients and the sanitizer can break down the rubber of the balls, “We’ve had patients injured!” she added.

Let’s unpack that a bit. Yes Some strong sanitizers can break down the rubber of an exercise ball. So what does this mean? Is every other hospital I have served at (and countless others across the world) putting their patients in unnecessary risk? Or is Andrew’s keeping their patients from a very effective tool needlessly?

I encourage you to do your own research but here is what I found. I googled every combination of words I could think of including but not limited to:

I scanned down multiple pages of each of these options and found nothing! In fact I only found one article that vaguely mentions in passing that sanitizers can break down the rubber, but even that article didn’t mention injuries. And the one linked above where a man was injured when his yoga ball popped at a gym the fault was found to be with the cheap ball not the way it was cleaned. So the answer to that Andrew’s is to buy high quality balls for your patients to use, they deserve them!

But do you know what I found a LOT of information on? The many benefits of using yoga and peanut balls in labor. Page after page of links, blogs, studies and more of how beneficial they are. I also found a lot of injuries in labor that are on the rise, but none of them are the result of the use of rubber balls, many of them are the result of toxic care provider and hospital practices. The truth, Andrew’s, is that peanut balls and yoga balls are extremely valuable tools and you need to start implementing their use regularly!

“No complications were reported from the use of the peanut ball intervention.”

One study on the NCBI website states: ” No complications were reported from the use of the peanut ball intervention and no differences in Apgar scores occurred in either group (control and peanut ball groups) during the study.”

Another study (page 20) states that: “Tussey et al (2015) used the peanut ball with laboring women; their research produced a cesarean rate of 10% in the intervention group compared to 21% in the control group not utilizing the peanut ball.” That is cutting the C-section rate by more than half! The national average in the US for C-sections is 31%, the WHO recommends the rate should be 10-15%. Seems like more peanut ball use might be one of the most effective tools to get us there! Honestly I don’t know what Andrew’s C-section rate is they declined being on the biggest national registry of C-section rates in our country.

This same study stated that labors where the peanut ball was used were 25%-36% shorter, and the use of a vacuum was reduced by 3.6%.

Now let’s talk about some of the risks that hospitals, including Andrew’s don’t often cover with their patients. Remember that these are overall risks and do not take into account specific risk to individuals. These 3 interventions are medical marvels when used appropriately! Always consult with your doctor and birth team and ultimately follow your gut when it comes to making decisions for your birth.

I am not anti any of these options as beneficial for anyone in labor. But it is confusing to me that these options are routinely offered to patients at Andrew’s but they drew the line at birth balls and peanut balls… Nothing is without risk (aside from maybe eating celery and drinking water), but the evidence truly points to Peanut Balls being one of the most beneficial tools in labor and birth with little to no risk!

Little to no risk!

And if you would put your patient under the risk of an induction or continuous fetal monitoring, why wouldn’t you offer them peanut balls and birth balls which have so many positives and imperceptible negatives.

What can we do about it?

More studies to check out! showing the benefits of peanut ball in labor.

Links for risks of interventions: